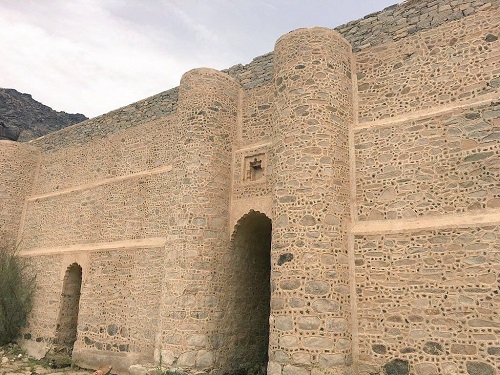 Residents of Mecca, pilgrims of the sacred House of God, visitors and Umrah performers once relied on wells to provide for their water needs. Pilgrims carried water to Arafat from distant places, and on the day of Arafa, the poor begged for nothing but water, for it wasn’t easily accessible to them.
Princess Zubaida, daughter of Jaafar Al-Mansour, and wife of Caliph Harun Al-Rashid, born in 145 AH, 762 AD, was known for her intelligence, wisdom, generosity, nobility, eloquence, and love to serve people, especially the poor. She was a generous inviolable lady who appreciated scientists and embraced them and was sympathetic to the poor and needy. Therefore, she focused her attention on urbanism, and built houses, mosques, water ponds and wells along the pilgrimage route from Baghdad to Mecca and made them public welfares (pilgrims and passers-by). Zubaida ordered the drilling of water channels linking the rainfall areas, and bought all the lands in the valley, invalidated farms and palms, and ordered to establish a water canal in the mountains. Zubaida, with the help of her loyal working men, was able to start designing this giant project using technical methods as advanced and developed as what engineering has reached nowadays, especially in the ability of the workers, at that time, to pull the water through that long distance, mountain highs and lows, valleys and deserts. They established appropriate water levels for the Well, and made canals with stones and plaster, until the water was able to flow through these primitive canals and pumps with ease, reaching finally the Holy Mosque in Mecca, and passing through the Holy Places, such as Mina, Arafat, and Muzdalifah. The remnants of water canals and beads are still existent in the foothills of the mountain, as if they were made yesterday although hundreds of years have passed. Whereas, during its implementation, it was taken into account to place openings for sub-channels, which they erected in the places where the flood waters are expected to meet; so that this water will be tributaries that increase the amount of water transported to Mecca through the main canal. Some of these sub-channels allocated to having additional water on the way are: Ain “Mishash”, Ain “Mimoun”, Ain “AlZaafaran”, Ain “Al Baroud”, Ain “Al Tariqi”, Ain “Tuqba”, and "Ain Al Jarniyat". All the water of these sub-channels flow into the main canal, some of which increase annually, and some of which reduce according to the rains falling along the way from Numan Valley to Arafa. This project is one of the greatest important historical places in the Kingdom, whose remnants have been existent for hundreds of years until this day, making this great woman’s history perennial, as her only objective was to provide water for the pilgrims. Ain Zubaida in the Saudi era:
Based on the importance of endowments and their preservation, during the reign of the founder King Abdulaziz, may God rest his soul, a special department was established to manage the Ain, called (Ain Zubaida), and oversee and restore all its wells. Ordered by King Abdulaziz, Sheikh Abdullah Al-Dahlawi worked on building Ain Zubaida for several years.
With more emphasis being given to Ain Zubaida, two royal decrees were issued stipulating granting the lands on both sides of the asphalt road leading to Ain Zubaida to the endowment of the Ain, including: Registration of the government lands, which pipes pass through, to be used in the maintenance and management of the project; registration of those lands as being part of the Ain in a view to benefit from them as a fixed income to spend on the endowment; registration of the government-owned lands of Kudai Area in the name of Ain Zubaida and Ain AlAziziah in Mecca, as the Condition of the Donor, may God rest her soul, is to provide Mecca with water. Research and studies are still ongoing for the advancement of Ain Zubaida.
The terms of reference of Ain Zubaida were transferred to the General Authority for Awqaf under Cabinet Resolution no. 318, dated 13/09/1431 AH, corresponding to 06/05/2020 AD.
The Ain remained powerful for more than (1,200) years until recently, when it was replaced by seawater from large desalination plants, due to the scarcity of water and the extinction of most of its canals due to the urban development of Mecca.
The General Authority for Awqaf (GAA) is currently working in coordination with the relevant authorities to preserve Ain Zubaida and its remnants, as well as to maintain the remaining figures therein. It is also coordinating with King Abdulaziz University in Jeddah to prepare a comprehensive study on Ain Zubaida.