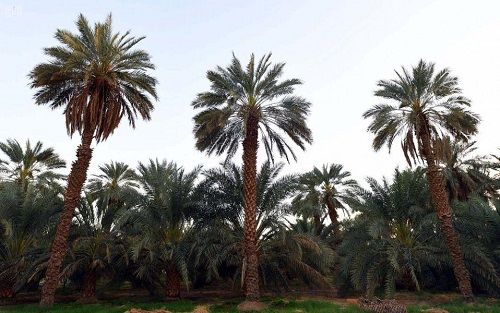 More than 1,400 years have passed since the Notable Companion Uthman bin Affan bought The Rumah Well northwest of the Prophet's Mosque in Medina, and the well still irrigates the city's inhabitants with its water, and the palms and trees therein. The story of the well began when Medina began to flourish after the prophet's migration. Muslims found that one of the city's freshest waters is a well, called The Rumah Well, located in the smallest area in Al-Aqeeq, and they found that all the water of the city is drying except for The Rumah Well. Yet, accessing the well was not easy, as those who wanted to drink from it had to pay its owner, which was not possible to many residents of the Prophetic City at that time. The Prophet’s speech “Whoever buys The Rumah Well is granted Paradise” incited Uthman Bin Affan, may God be pleased with him, to hasten to buy it and make it a free of charge public endowment which everyone could drink from it. For many long years, the well remained a water source for the city’s residents and visitors, yet for some other years it suffered neglect. Following the foundation of the Saudi state, the latter took care of the well and reclaimed the land where it is located and used it to cultivate palm trees and distribute its fruits to the less fortunate people, so that the endowment of the Notable Companion continues till this day. In the year 1372 AH; 1953 AD, the Ministry of Environment, Water and Agriculture (formerly Ministry of Agriculture and Water) leased the well and its farm from the Ministry of Islamic Affairs, Endowments, Dawah and Guidance 35 years ago, and thus, began to take advantage of the Notable Companion’s well and planted the surrounding area until the cultivated palms reached more than 15,500 palm trees on an area about 100 thousand meters. The same information also indicate that the depth of the well is estimated at about 37 meters, with a diameter of approximately 4 meters, and the water level is approximately 29 meters.